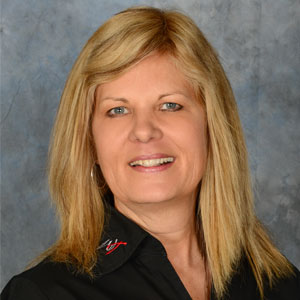 “The closer that America comes to fully employing the talents of all its citizens, the greater the output of goods and services will be.” - Warren Buffett

The next time you’re traveling on an interstate, look at the name on the side of the semi-tractors traveling on the highway. Many carriers are known by the name of the founder, such as J. B. Hunt, Schneider, Werner, Knight, England to name a few. These large carriers have one thing in common, they were all started by a man and a truck.

The mission of Women In Trucking (WIT) Association is to increase the percentage of women employed in the trucking industry to utilize unrealized potential. To do this, we must first find out where we are today so we can measure any future changes. We created a WIT Index to track female board members and female executives at the fifteen publicly traded trucking companies. Ten of these companies had no women executives and seven had no women serving on their boards of directors. Compare this to the 19 percent of director positions held by women outside of the industry.

​  Although the trucking industry has changed a great deal, the number of women who find a career in transportation remains small

We are currently working on a nation-wide survey to track the numbers of women in leadership position at number of carriers to set a benchmark and to explore best practices of the carriers whose numbers are above average.

Why is diversity important, especially in a male dominated industry, such as trucking? In addition to using the unrealized potential half the population can offer, the leadership styles of women are actually beneficial to the success of the company.

Catalyst Research organization found that companies with the highest representation of women leaders financially outperforms, on average, the companies with the lowest. A recent report by the Peterson Institute for International Economics studied 22,000 companies and found that having at least thirty percent women in leadership roles increased net profits by fifteen percent, compared with those with no female leaders.

What do women bring to the board room that affects a company’s profitability? Women’s leadership style is more collaborative and inclusive. Women use a more democratic leadership style which allows subordinates to have greater participation in the decision making process. In “The Female Advantage: Women’s Ways of Leadership,” the author states that a male leader is likely to see himself at the top of his organization where a female leader is more likely to see herself in the center of hers.

In decision making, women take fewer risks than men due to their level of estrogen, which encourages bonding and connection and discourages conflict and risk taking. Men are driven by testosterone which encourages a focus on winning and power.

Forty years ago when many of those large carriers were buying their first truck, very few women were employed in the industry. Women didn’t often consider a career at a trucking company and those who did found themselves the sole female in the room much of the time. Since we have a tendency to hire those “like us” the ranks of women continue to grow slowly.

There are ways to increase diversity within a company, but they require employers to be aware of unconscious hiring and promotion practices. A study at Hewlett-Packard found that while men will apply for a position if they meet sixty percent of the work requirements, women wait to apply when they feel they have one hundred percent of the criteria.

Women do not like to negotiate their salaries, whereas men are four times more likely to negotiate a first salary, which sets a precedence for career income from the start. In “Women Don’t Ask,” the authors found that women will lose more than $500,000 over her career by not negotiating her first salary. Women expect to be recognized for their efforts and don’t always highlight accomplishments to request an increase in salary or career advancement. A Mckinsey report found that men are often promoted based on their potential, where women are promoted based on accomplishments.

How can you counter these challenges and create a more diverse workforce? First, look at your recruiting materials. Women are attracted to companies and industries if they feel their job will be socially beneficial. What is the image of your company to potential workers?

Track your recruiting efforts by gender. How many women were considered for the position?  How many were hired? Set hiring targets and hold managers accountable. What is your turnover rate by gender? Are women leaving your company faster than men? If so, find out why. Do you have women in high level positions currently? If not, why? How many women are being groomed for higher roles?

In 1991 Deloitte and Touche, an international consulting and accounting firm found only five percent of its partners were women. Managers were asked to document performance reviews and track the number of women recruited and retained at each office. They offered more flexible work arrangements to both men and women and looked at how work assignments affected advancement opportunities. By 2000, the firm reached fourteen percent female partners and saved $250 million in hiring and training costs.

A diverse workforce isn’t just the right thing to do, it is the financially prudent choice.  Increasing the number of women employed in the trucking industry is the goal of the Women In Trucking Association and should be a priority for you as well. Hopefully, in the near future we’ll start seeing some women’s names on the side of those trucks and trailers too.

The New Bridges and Barriers to an Integrated World view

Data Literacy –What is it and Why Should Your Company Care?